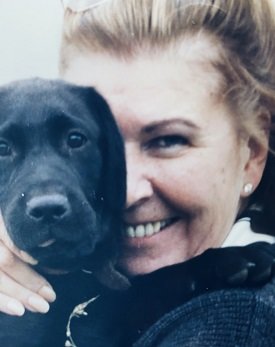 Please share a memory of Elizabeth to include in a keepsake book for family and friends.
View Tribute Book

It is with great sorrow that we tell of Liz's death on May 12, due to a long struggle with Crohn's disease. She was 79. Born in Brooklyn on December 13, 1941 to the late Matthew and Caryl Cleary, Liz graduated from Notre Dame of Maryland College, Baltimore, and then St. John's University Law School. She was admitted to practice in 1968. Liz attended Law School at night and worked at the IRS as a Revenue Officer. While there, she met Jim McGinty, also her classmate at St. John's. They decided to make it complete, married March 6, 1964, and had two beautiful daughters, Caryl, born June 24, 1965 and Allison on July 23, 1970. Liz decided to hold off practicing to stay at home with the children.

The family moved to Syracuse in March, 1971 where they would live for the next 50 years, though a large part of her heart always remained in her beloved Brooklyn.

In 1983, with one daughter about to go to college and the other soon to follow, Liz started to practice law with a local law firm. She did extremely well in several areas but eventually found her niche as a litigator and became a partner shortly thereafter. Like the other areas of her life, her legal career was graced with satisfying success. Given her sharp intellect and a deep concern for her clients, many of whom became lifelong friends, she became their graceful shark. Unfortunately, after Allison died in 1997 and with the onset of Crohn's, she retired in 2003.

Liz was predeceased by her parents and then her daughter, Allison. She is survived by her husband, Jim, their daughter Caryl, her brother, Matthew Cleary, his wife Brenda, and their children Matthew Ill, and Bethann.

The family wishes to extend their heartfelt thanks to Dr. Mendel, Dr. Hartzheim and their wonderful staff for the truly exception care they gave Liz.

A final note. Liz loved her life, her husband, daughters, her dear, dear friends, and her cats. She enjoyed an evening out with good food, wine and hearty conversation. Also, a Ketel One martini or two, "up, iced extremely dry" with the, "shaken ice on the side." To Pastabilities, Riley's, Morgan's, Kelley's and Mona Lisa's, Liz is looking at you, kids.

If you wish, in lieu of flowers, please make a donation to your favorite charity in her name.