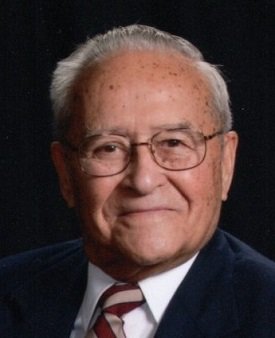 Robert (Bob) F. Coulter, 95, died Friday, April 9, 2021, in his home in Boynton Beach Florida, formerly of Syracuse, Phoenix, Baldwinsville (Radisson), NY and summer cottage in Newboro, Ont. Husband of 71 years to Joan (Wood). Son of Mildred (Soper) and Sidney B Coulter (of St Croix, U.S.V.I.). Upon graduation from Solvay High, he at 17 joined the Navy and was discharged as a naval aviator in 1945. He then attended Syracuse University, where he was a member of the Phi Gamma Delta Fraternity and a graduate of Syracuse University College of Law. He was admitted to the practice of law in 1953, was a partner in the Coulter, Fraser, Ames, Bolton, Bird and Ventre Law Firm, and retired in 2011 as a recognized litigator.

Bob was active in the Onondaga County Republican Committee, was a member of the Republican Citizens Committee, and the Chairman of the Lysander Republican Committee. In 1983, Bob was honored as Republican of the Year by the North Republican Club. Bob was active in the Episcopal Church serving on the Vestry and as a Warden, was on the Phoenix Central School Board of Education for 8 years, 5 of which as president, and was a volunteer fireman in his early years as a Phoenix resident. He gave his time and legal services to the Phoenix Public Library.  He was a member of the Beaver Meadows Golf Club, Kiwanis and Pastimes Clubs. Bob was also member of the Veterans of Foreign Wars and The American Legion.

His affiliation with the fraternity of his Masonic Brothers greatly enriched his life. Bob was a member of Callimachus Lodge # 369, Phoenix, NY, Central City Bodies, A.A.S.R. Valley of Syracuse, member and Past Director (1983) of Syracuse Court #79 Royal Order of Jesters, and the Tigris Shrine, Syracuse, NY.

Bob enjoyed a lifelong love of adventure, starting with competing in soapbox derbies as a young boy and a passion for cars and airplanes in his teens. Bob traveled extensively throughout the United States, driving the family in his travel trailer or flying his beloved Bonza Beechcraft airplane coast to coast. He also traveled the world with family and friends.

Interment will take place on another date in Woodlawn Cemetery, Syracuse, NY.