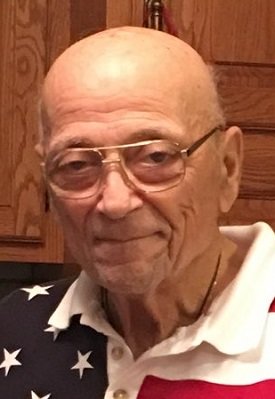 Please share a memory of Carmine to include in a keepsake book for family and friends.
View Tribute Book

Carmine R. Baratta Sr., 86, of Solvay passed away suddenly March 10th at his home. Carmine was a life-long Solvay resident and a graduate of Solvay High School. In his youth, Carmine excelled in all sports and later attended and played football at Manlius Military Preparatory School. He spent his entire professional career within the Solvay Electric Department retiring as Line Leader. He also spent several decades as a member of the Solvay Volunteer Fire Department. He served in various positions including Lieutenant and Captain of the Mountain Top Hose Company; later transitioning to full-time social member status. He was also a member of the Solvay Tigers Association. Carmine enjoyed bowling during his younger years; participating in local league play and tournaments. Later, he shifted his attention to boxing where he volunteered his time at the Westside Athletic & Education Center as an equipment manager and as a mentor to youth.

Carmine was devoted to his faith and was a lifelong communicant of St. Marianne Cope at St. Cecilia’s Church. Carmine was well known and respected throughout the community- always willing to lend a helpful hand whenever necessary, and prioritized visiting those that were sick and/or elderly, whether homebound or hospitalized. He adored his family and cherished the time with his close friends, many of which were life-long. It was in the presence of these groups that his sense of humor and quickness of wit was most apparent. Carmine was very much a part of the fabric of Solvay. Never one to sit still, he could be seen daily crisscrossing the village either completing grocery shopping runs or dropping by his favorite local spots to meet with friends. He will be missed dearly.

Services: Visitation will be 10am Wednesday, March 17 at St. Marianne Cope at St. Cecilia’s Church (Solvay) followed by a Mass Of Christian Burial at 10:30am. Livestream of the Mass will begin at 10:30am at facebook.com/TINDALLFH. Burial will follow at St. Mary’s Cemetery, DeWitt.

In lieu of flowers, contributions may be made to the Solvay Volunteer Fire Department, 1925 Milton Ave, Solvay, NY 13209 and the Solvay-Geddes Community Youth Center, 1010 Woods Rd, Syracuse, NY 13209.