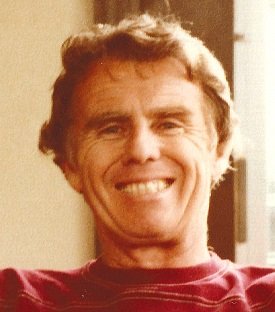 Please share a memory of Martin to include in a keepsake book for family and friends.
View Tribute Book

Martin Charles Connor, 94, passed away Friday at Crouse Community Center in Morrisville, N.Y. Marty was a lifelong resident of Syracuse and a member of the first graduating class of Le Moyne College. He was a veteran of the U.S. Marine Corps, serving in the Pacific during World War II and surviving the Battle of Iwo Jima. He also was a drill sergeant on Parris Island during the Korean War. He owned the Martin C. Connor Insurance Agency and later was with Eastern Shores Insurance. He was a longtime member of SYAC and a National Ski Patrol member at Labrador Mountain Ski Area for over 52 years. Marty was an avid huntsman and participated in the Senior Olympics for racquetball and tennis. Marty started a project to return artifacts to the families of Japanese soldiers, and he was featured in several Syracuse newspaper stories related to his efforts. Marty was a communicant of St. Michael’s Church; prior to that, he was a longtime member of Our Lady of Lourdes parish. Marty served in adoration duties up until last year.

He was predeceased by his parents, Martin and Edna Connor; his son, Brian Thomas Connor; grandson, Nathan C. Harter; brother, Joseph Connor of Syracuse; and sisters, Margaret Casey and Patricia Resch, both of Syracuse, and Mary Ellen Lozo of Florida.

Services: Calling hours will be private for family from 5 to 7pm Wednesday, December 9, at Tindall Funeral Home, 1921 W. Genesee St. Syracuse. A public Mass of Christian Burial will be celebrated 10am Thursday, December 10, at The Church of St. Michael and St. Peter, 4782 W. Seneca Turnpike, Syracuse. Livestream of the Mass may be viewed at facebook.com/TINDALLFH. Burial with miltary honors will follow in Valley Cemetery.

Donations may be made to Clear Path for Veterans 1223 Salt Springs Rd, Chittenango, NY 13037 www.clearpath4vets.com