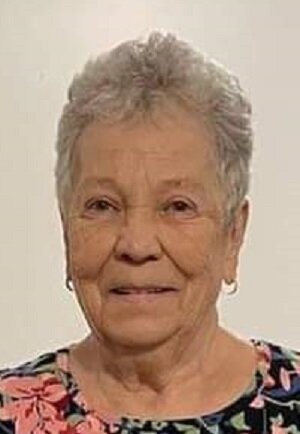 Virginia “Ginny” (Dodge) Longo, 80 of Camillus, passed away peacefully after a long battle with cancer on December 26, 2022 in the wonderful care of the Francis House. Ginny was one of eleven born in Syracuse to Richard and Louise Spears Dodge. She was a 1960 graduate of West Genesee High School. Ginny worked as an office assistant at Wegmans in Fairmount Fair for many years. She loved her job and the friends that she made along the way.

Ginny enjoyed cooking for her army of people, baking (especially her famous chocolate chip cookies), playing bunco, playing card games and loved going to the casino, even though she never hit it big. By far her most favorite activity was spending time with her family especially, her children, grandchildren and great grandbabies.

In lieu of flowers, the family is requesting that donations be made to the Francis House 108 Michaels Avenue, Syracuse, NY 13208 (francishouseny.org) in memory of Ginny.