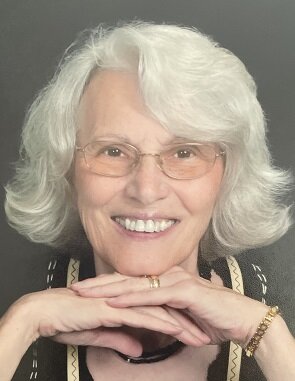 Please share a memory of Gloria to include in a keepsake book for family and friends.
View Tribute Book

Gloria J. Kreuzer (Burington), 79, passed away unexpectedly, but peacefully on June 14th at her home at Discovery Villages in Melbourne, Florida. Gloria was born in Watertown, NY to the late Gordon and Norma (Blackmer) Burington. Gloria grew up in Minoa and graduated from Minoa High School. Gloria resided in Syracuse, NY for the majority of her life, and then moved to Florida 3 years ago, sharing 58 wonderful years with her late husband Willi. Gloria received an associates degree from CCBI in business but her favorite role was being a mother to her four children, and later, Oma (grandmother in German) to her 10 grandchildren. After being the primary caretaker for her four kids, Gloria went back into the workforce, and was an executive assistant at Key Bank for 15 years, until she retired in 1998 after having a stroke. Her life since retirement was filled with quality time spent with her extended family.

Gloria was a lifelong parishioner and very active member of Most Holy Rosary Church in Syracuse, where she served as Eucharistic Administer, taught Confirmation classes and where she and Willi renewed their 50th wedding anniversary vows in 2013. Gloria relished her weekly tea get-togethers with the neighborhood ladies, sharing scrumptious, home-baked goods and conversing about life. Gloria also was in the bowling league, the home bureau and knitting groups for years. Gloria was also a member of the Moose Lodge and of the German-American Society of CNY, where she helped out at many events, especially the yearly Octoberfest.

Gloria was an artist, and after retirement took her increased free time working on drawing, painting, and creating multi-media work for herself and family. Her skills also included that as a seamstress, knitter and crocheter, including making her own wedding dress and countless baby blankets and bibs. She enjoyed desserts, and made wonderful cookies and cakes, many of which never made it to their intended destination. Gloria enjoyed dining with family and friends, especially our afternoon Sunday dinners. Gloria loved to travel with Willi, especially to Germany as often as they could to see his sister and family. They also enjoyed long walks and bike riding. If you lived in the Strathmore area, you could see them going on their long daily walks around the park. Gloria’s favorite thing was to dance with Willi and they could dance any other couple off the dance floor, be it a waltz, samba, or cha-cha and it was such a joy to watch.

Gloria was the eldest of five, and a self-professed quiet child, but she grew over the years into quite the conversationalist. Her friends at her assisted-living community spoke of how friendly and talkative she was, and how she could brighten up someone’s day with her conversations and her smile. Even though she only lived in the community for a little over six months, they all shared how kind, gentle, and helpful she was and what an impact she had on them as well.

Gloria was predeceased by her husband, Willi less than a year ago; father, Gordon Burington; mother, Norma Burington (Blackmer) and brother, James Burington.

Calling hours will be 4 to 6 pm Thursday, August 11 at Tindall Funeral Home, 1921 W Genesee St. Syracuse.
A Mass of Christian Burial will be celebrated 11 am Friday, August 12 at at Most Holy Rosary Church. Burial will follow at Woodlawn Cemetery.

In lieu of flowers, please make a donation to the Arthritis Foundation (arthritis.org)