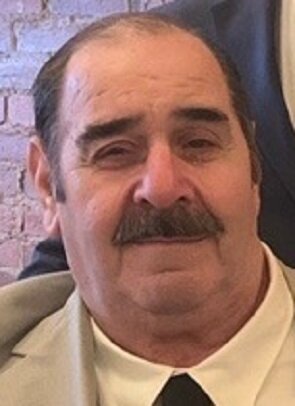 Please share a memory of Ronald to include in a keepsake book for family and friends.
View Tribute Book

Ronald J. Amato Sr., 77, of Solvay, NY, passed away peacefully on June 14, 2022 alongside his wife Sandra Amato and son Ronald J. Amato Jr. at Upstate Medical. Ron was born in Syracuse, NY, on August 1, 1944 to Pasquale and Irene Amato. He was married to his devoted wife Sandra Amato for 46 years. Ron was a 1963 graduate of Solvay High school. After high school he served his country as a Turret Mechanic with the US Army. Upon returning home Ron worked for 24 years at Allied Chemical and another 22 years at New Process Gear.

Ronald was a dedicated father who treasured his children and embraced every moment with them. He enjoyed spending time with his wife and loved his new role as Grandpa. He enjoyed watching his sons play sports, golfing, hunting, and the outdoors.

Ron was predeceased by his father Pasquale, mother Irene, and brother Dave.

Funeral services will be held privately by the family.