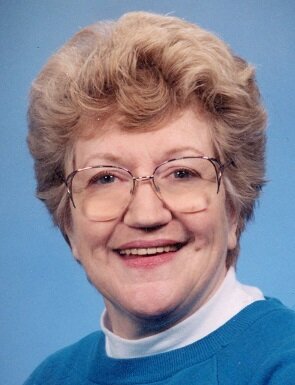 Please share a memory of Harriet to include in a keepsake book for family and friends.
View Tribute Book

A 1951 Central High School graduate, she continued her studies at Syracuse University in the Fine Arts Department. As an accomplished artist, she received awards from both schools.

Harriet married Frank Pope in 1960, became a Lakeland resident, and enjoyed the spacious, community-oriented suburb for the next 62 years. She joined Christ Community Methodist Church, gardened both flowers and vegetables, and lived near family and life-long friends.
She was a hard worker with an ardent sense of responsibility, a Schuyler trait insisted upon by her mother. Whether waitressing at Raphael’s Restaurant, mowing greens at Pope’s Grove or leading the local Girl Scout troop, she was committed to both the task and those counting on her. She was also an avid and voracious reader and deserved a Barnes & Noble wing named in her honor. She was kind, loyal, witty and endearing and will be greatly missed.

She was preceded in death by her parents, husband and siblings (Nancy Tobin and George Schuyler). Harriet, Nancy and George were close in age and in character; she is imagined happy to join her parents and siblings in the great hereafter.

A gravesite service will be held at Woodlawn Cemetery on Monday, April 25 at 1:00pm.

The Pope family extends our deep appreciation for the personal and professional care provided by Crouse Health and Central New York Hospice. Hospice professionals Julie and Wendy were superheroes- always available to answer questions and provide reassurance; we benefitted greatly from their kindness, compassion, demeanor and performance.

Donations may be made to: Hospice of Central New York, 990 7th North Street, Liverpool, NY 13088 or hospicecny.org