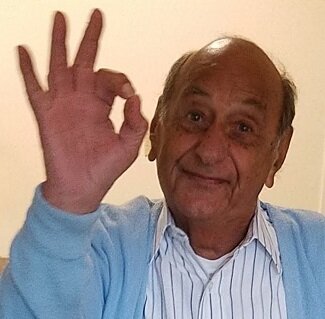 Please share a memory of Albert to include in a keepsake book for family and friends.
View Tribute Book

He served in World War II on a Liberty Ship out of San Diego. As he used to sing, “he saw the Pacific and it wasn’t terrific” so he returned to his beloved Syracuse and married the love of his life and the best dancer in the city, Rita M. Kinney, in 1948. And they never stopped dancing throughout their 62 years of marriage. She died in 2010.

His father, his brother Sam and he owned Gidari’s Restaurant on West St. for almost 40 years.

Al and Rita moved to Westvale in 1966 and were members of St. Charles Borromeo parish. He was an usher at the church for almost 40 years and never missed a Saturday “passing the basket.”

Two years ago, he moved to Brookdale Summerfield where he was embraced by a wonderful community who became his second family. He played the music too loud in the dining room, hogged the heat from the fireplace in the lounge, entertained everyone with endless stories, and more than not lost at bingo. But he was best known for his tan in the summer, cultivated by basking for hours in the sun whenever it was out. His friends at Brookdale will miss him.

Family was everything to him. He made several trips to Italy to see where his parents came from in Calabria. He met so many cousins and their families there who adopted him immediately and who always asked when Old Albert would return to visit. As we filled out his Italian family tree, his greatest joy was meeting yet another Gidari or Ranieri cousin he didn't know he had in America and Canada.

He was predeceased by his sister Teresa, and three brothers, Tony, Frank and Sam, but he always talked about them like it was yesterday, especially Sam, who was his life-long bowling and golf partner.

He is survived by his daughter, Doreen Riccinto, of Syracuse; his son, Albert Gidari Jr., and daughter-in-law Pamela Cardoza, of Bainbridge Island, WA; grandsons, Cameron Gidari and wife Jessica Denton (and great-granddaughter Aaliyah) of Maplewood, NJ, and Capt. Jolyon Gidari, USMC; his brother-in-law Emmett Kinney and wife Carol; his closest cousin Fortunata Lorenzo; and so many close nieces and nephews who loved him dearly.

Services: Calling hours will be 4 to 6 pm Monday March 14, at Tindall Funeral Home 1921 W Genesee St. A memorial service will be held at a future date to celebrate his life when the weather is warm and the sun is out. Al's final resting place is Onondaga Veterans Cemetery.

Contributions may be made to St. Charles - St. Ann's Church, 4461 Onondaga Blvd, Syracuse, NY 13219 or stcharles-stanns.com