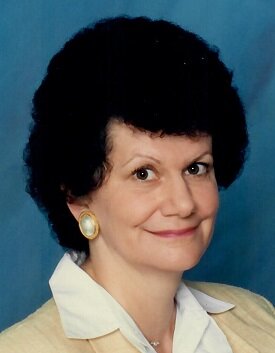 Please share a memory of Helen to include in a keepsake book for family and friends.
View Tribute Book

Helen Dalmaso Winter was born September 27, 1944 in Syracuse. She is the daughter of the late Dorothy (Gocek) and Gioachino "Joe" Dalmaso. A 1962 graduate of Solvay High School, she married Dr. William T. Winter in 1969. In 1973, Helen began her career in banking with Key Bank in Syracuse as a teller. From 1973 to 1977 she was a teller for LaFayette Bank and Trust Co. in LaFayette, IN. In 1977 Ms. Winter moved to Brooklyn Heights, NY and until 1981 she was employed by Atlantic Liberty Savings starting as a teller and finishing her career there as Secretary to the Chairman of the Board and President. In 1982 Helen joined Citibank of Manhattan as a sales representative and in 1988 ended her career there as an assistant sales manager in Citibank's Management Training Program. Ms. Winter resided in Grenoble, France for two years and while a resident, attended the Centre Universitaire di Etudes Francaises. From 1998 to 2000, Helen was assistant branch manager for Manufacturers Hanover Trust Co., in Syracuse.

In 1992, Ms. Winter commenced her real estate career at Longley Jones Assoc. as a Realtor. Thereafter Caldwell Banker and Prudential First Properties until 2006 and she earned a Graduate Realtor Institute Degree. Ms. Winter attended Syracuse University, Hunter Collage, and Purdue University. Helen also enjoyed a freelance career as a writer for the Brooklyn Newspaper and the Brooklyn Heights Press.

Helen was a member of the Crouse Hospital Auxiliary and its Circle of Life, The Camillus Elks, and the Tyrol Club Auxiliary. She was also an usher for Syracuse Stage.

Services: 11am Tuesday October 5, at St. Ann's Church, 4471 Onondaga Blvd., Syracuse where a Mass of Christian Burial will be celebrated. Burial will follow in St. Mary's Cemetery DeWitt. A calling hour will be Tuesday 9:30 to 10:30a at Tindall Funeral Home, 1921 W. Genesee St. Syracuse. Masks required for all services.

In lieu of flowers, contributions may be made to The Crouse Hospital Foundation, 736 Irving Avenue Syracuse, NY 13210 (crouse.org)