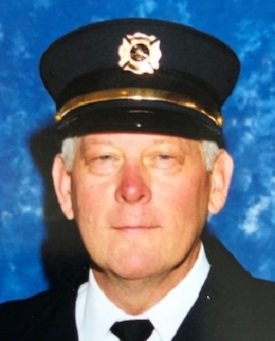 Please share a memory of Paul to include in a keepsake book for family and friends.
View Tribute Book

Paul M. Clisson of Lakeland, passed away on July 4. A life-long resident of Lakeland, Paul was the son of the late Frederick and Kathryn Clisson. Paul graduated from Solvay High School in 1960 and began his life-long career as a Patternmaker. Paul went on to become owner and president of City Pattern Shop, Inc., retiring only recently. Paul, along with his late wife Patricia (Swiderski) founded and operated Clisson Farms in Lysander where for many years they grew and provided homes and stores with apples. Paul was a life member of the Lakeside Volunteer Fire Dept where he served as a line officer, assistant chief, and later served as a member of the Board of Fire Commissioners of the Lakeside Fire District. Paul was a kind and compassionate soul, parent, grandparent and great-grandparent and a friend to all that he met.

Services: 9:30am Thursday July 8, at Our Lady of Peace Church where a Mass of Christian Burial will be celebrated. Burial will follow in Sacred Heart Cemetery Lakeland. Calling hours will be 4 to 7pm Wednesday July 7, at Tindall Funeral Home 1921 W Genesee St. Syracuse.

To honor Paul’s memory, design, fix, or grow something. In lieu of flowers, contributions in Paul’s memory may be made to the Lakeside Volunteer Fire Dept 1002 State Fair Blvd, Syracuse, NY 13209.