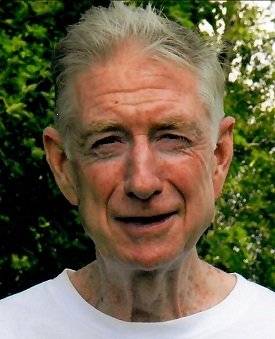 Please share a memory of Gerald to include in a keepsake book for family and friends.
View Tribute Book

Gerald W. Burke, a lifelong resident of Syracuse, passed away peacefully on Saturday, April 24th, at Iroquois Nursing Home, Memory Care Center. Born March 1, 1940, to the late Gerald W. Burke and Elizabeth (Hayes) Burke, Jerry was the 2nd of 7 children. He graduated from Christian Brothers Academy in Syracuse and was the manager for the well-regarded Nettleton Shoe Company until its closing in 1984. He then worked for Griffith Oil as a sales representative for 7 years until he retired. Never one to be idle, Jerry took a post-retirement position at Bellevue Golf and Country Club, tending to the fairways and lawns. This stirred a passion that he pursued for the rest of his life; helping neighbors with their properties and keeping the Burke Family Camp at Lake Ontario in top shape, and ready for family gatherings each summer!

Jerry loved all that Lake Ontario and adjoining creeks and rivers had to offer, becoming an expert on boating, fishing, and exploring. He taught all his nieces and nephews to respect and love this natural habitat, including the frogs, turtles, snakes, and fish they would catch and release.

Jerry was an avid SU sports fan, especially basketball, football, and lacrosse. His family knew a phone call would never be answered when SU sports was on! He also loved keeping his classic Oldsmobile in pristine condition.

Jerry was preceded in death by his younger siblings, William, Christine, and Sr. Kathleen Burke.

He is survived by his sisters, Sharon Morris and Mary Patricia Burke, and brother, Michael (Sheree) Burke. He also leaves 8 nieces and nephews: Thomas, Michael, Kathleen, Margaret, and Elizabeth Morris, Brian, Jamie, and Sean Burke, as well as many great-nieces and nephews.

The family would like to thank Keepsake Memory Village at Greenpoint, and Iroquois Nursing Home for his compassionate care, and Jerry's long time wonderful neighbors, Dave St. Denny and Lynn Marinelli, and lifelong friend, Mike Davis. If you were a friend, or needed a helping hand, Jerry never forgot about you. Jerry will be greatly missed by family, neighbors, and friends.