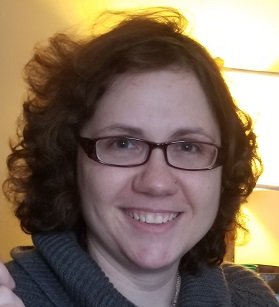 Please share a memory of Jillian to include in a keepsake book for family and friends.
View Tribute Book

It is with profound sadness that we announce the passing of Jillian L. Dunn (Knapp) at the age of 39. Jill lost her hard fought battle with cancer on April 20, 2021. She passed peacefully with her husband Matthew and mother Patricia by her bedside.

Jill was born on 11/13/1981 to James Knapp and Patricia Jankowiak in Horseheads, NY. After graduating from Horseheads High School in 1999, Jill attended Corning Community College graduating in 2001 with an Associates in Math and Science. Jill continued her education attending SUNY Oneonta, where she graduated in 2003 with a Bachelor’s in Biology.

She began her career at Laboratory Alliance and worked at the Crouse hospital site for the majority of the 8 years. She had a passion for academics which led her to Syracuse University where she earned a Master’s in Education and began a career as a primary Science teacher at Syracuse Academy of Science.

In 2006 she met her now husband Matthew Dunn. They’ve raised many wonderful animals over the years and have 3 beautiful dogs, Odin, Dutch, and Ben.

She was a world traveler, having spent over a month in Kenya, Africa camping in the Maasai Mara while studying local wildlife. She spent another several weeks in the Galapagos Islands, Ecuador retracing the steps of Darwin. Family vacations included travels to Germany, Bavarian Alps, Munich, and the Caribbean.  And as recently as 2019 her and her husband fulfilled a long time dream of visiting Alaska.

When cancer and the pandemic kept her home she became proficient at loom knitting, mandala painting, and succulent gardening. Jill loved all animals, especially those in need of rescue. She also rehabilitated an infant squirrel, bottle feeding and caring for the squirrel until he was successfully released back to the great outdoors.

We lost a truly special woman. She was a wife, daughter, sister, cousin, dog mom, great friend, teacher, dog rescuer, squirrel rescuer, world traveller, and a million other things that make everyone laugh when we think of Jill. She was the most selfless person we’ve ever known. Her beautiful smile, and infectious laugh will be missed.

Services: A private celebration of life is planned for later in the summer.

Contributions may be made to RECYCLE-A-BULL BULLY BREED RESCUE, INC. (recycleabull.com/donating.html)