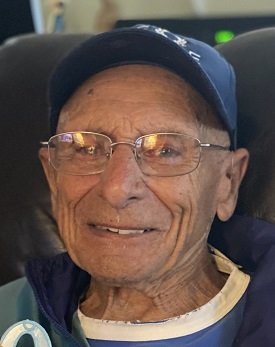 Please share a memory of John to include in a keepsake book for family and friends.
View Tribute Book

John "Jack" Diamond, 90, passed away at his camp on Oneida Lake April 20, 2021 surrounded by family. Jack was the son of John and Anna Diamond and grew up on the west end of Syracuse. He attended Vocational High School where he met his wife Jean and graduated in 1950. In June 1951, Jack was drafted into the US Army and sent to Japan during the Korean War where he served as Corporal until June 1953. Jack and Jean married on October 3, 1953 and had 3 children together. He worked for his father’s company Service Window Cleaning from 1950 to 1985. Jack was employed as a Firefighter with the City of Syracuse from 1965 to 1989 when he retired after being diagnosed with terminal cancer. Jack had another 31 healthy years. Jack and Jean wintered in St. Petersburg, FL. He was an avid fisherman, hunter, and SU basketball fan. Jack enjoyed being part of Xll Cedar’s Rod and Gun Club in Star Lake. He was a member of American Legion.

Jack was predeceased by his parents and his two sisters, Betty (John) Leogue and Irene (Eugene) Czerwinski.

A private family service will be held at Tindall Funeral Home.