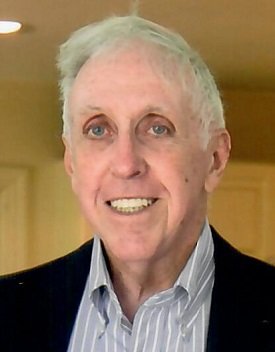 Please share a memory of Mark to include in a keepsake book for family and friends.
View Tribute Book

Mark C. Kelly, 82, of Geddes passed away peacefully Sunday at his home. Mark was born and raised on Cherry Road in Westvale and was a graduate of Christian Brothers Academy and LeMoyne College. He was a US Air Force Veteran and was stationed in Japan. Mark retired as an engineer from Lockheed Martin after more than 25 years in the military division. He was an avid golfer, skier, loved the outdoors, and spending time on Tipp Hill with his friends and an ice cold beer.

Mark was predeceased by his parents, Mark and Marian Kelly; his sisters, Marsha Haggerty and Carol Hession.

Services: A calling hour will be 12pm to 1pm Thursday March 4, at Tindall Funeral Home, 1921 W Genesee St. Syracuse. Private burial with military honors will be in Onondaga Veterans Cemetery.

In lieu of flowers, contributions may be made to the The Salvation Army, 677 South Salina Street Syracuse, NY 13202 syracuseny.salvationarmy.org