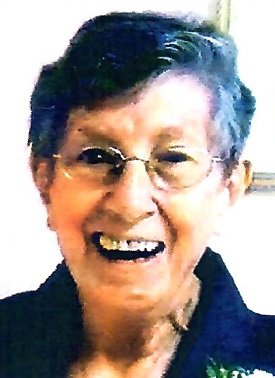 Please share a memory of Sister Rose to include in a keepsake book for family and friends.
View Tribute Book

Sister Rose Marie Mullen, OSF (formerly, Sister M. Bonaventure) died at the Franciscan Villa in Syracuse, NY on Saturday January 16, 2021. Sister was 89 years of age and had been a Sister of St. Francis for 60 years. She was born in Oswego, NY to William Franz Mullen and Rose Buskey. Sister was a member of St. Paul's Parish in Oswego and graduated from Oswego High School as Salutatorian. After graduation, she attended A. Barton Hepburn School of Nursing and received her nursing diploma.

In 1960, Sister Rose Marie heeded God's calling to religious life and entered the Sisters of St. Francis. After her formation years Sister was sent to Columbia University in New York where she first earned a Bachelor's Degree and a Master's Degree in Nursing.

Her first ministerial assignment was at Mt. Loretto, Staten Island, NY where she served as Health Coordinator from 1963 to 1966. In 1967 she was transferred to St. Francis Hospital in Poughkeepsie, NY where she served continuously until her retirement in 2014. During those years Sister served in various capacities from staff nurse to supervisor of several units, to director of Materials Management and finally Hospital Historian. In 2008 she was awarded the Franciscan Award for outstanding service to the hospital. While ministering to the needs of the hospital Sister also gave great service to her Franciscan Community by serving in a leadership role of 14 years.

Sister Rose Marie will be remebered for her love of God and Community, exemplary nursing skills, dedication to providing quality health care and for her work as a compassionate employee advocate.

Sister was pre-deceased by her parents and brother, William F. Mullen.

She is survived by her sister, Linda A. Iwanski, several nieces, nephews, cousins, grandnieces and lifelong friends who have become part of the family.

A Mass of Christian Burial will be held 1pm Saturday, January 23, at the Cathedral of the Immaculate Conception, 259 E. Onondaga St. Syracuse, NY. Burial will be in Assumption Cemetery.

Donations may be made in Sister Rose Marie's name to the Sisters of St. Francis of the Neumann Communities, Mission Advancement Office, 960 James St. Syracuse, NY 13203 or www.sosf.org

Share Your Memory of
Sister Rose
Upload Your Memory View All Memories
Be the first to upload a memory!
Share A Memory