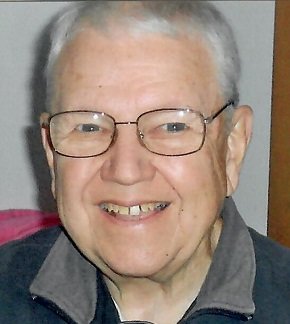 Please share a memory of Alan to include in a keepsake book for family and friends.
View Tribute Book

Alan C. DeLine, 88,  passed away Saturday at Loretto. He was born in Syracuse on October 8, 1932 to Ray G. DeLine and Florence (Youngs) DeLine.  Alan had a very full and exciting life. He had his own radio show as a teenager called Teen Time on WOSC radio. He was also occasionally on his Uncle Jim DeLine's radio show. At the age of 17 he joined the United States Marine Corps. He spent two years in the Marines.  He was assigned to the Marine Corps Band playing the trumpet before being honorably discharged. Shortly after being discharged he enlisted in the United States Army for 8 years. He was assigned to Fort Dix and then he was stationed in Germany. He spent his time in Germany as a Military Police Officer from the age of 20 -23. At age 23 he was promoted to Criminal Investigator for his last year stationed in Germany. While in the military he was awarded several medals and ribbons. After his military service he spent 8 1/2 months taking a trip around the world visiting 32 countries .

Alan was a graduate of Michigan State University and earned a Bachelor of Science Degree in Police Administration and minor in Athletic coaching. Alan obtained a Bachelor of Arts degree at SUNY Oswego with a major in Public Justice and minor in education graduating Cum Laude.  He also attended graduate school at SUNY Oswego majoring in Education where he maintained straight A's. He taught criminal justice at Burton Ramer Technical Career Center in Mexico NY. He was a college professor teaching Public Justice at SUNY Oswego and Cayuga Community College in Auburn NY. Alan was a Law Enforcement Explorer Post Advisor in the Oswego County Sheriff's Department Post and the Oswego county BOCES post. He was involved with Toys for Tots, Helping Hands Food cupboard and Meals on Wheels. He served on several boards in Law Enforcement and Education and won several awards for his work. Among them he was Who's Who Among America's Teachers in 1996 Who's Who in Law Enforcement in 1990.

He was Veteran of the Year for Fulton, NY in 2016. He was the Fire and Police Commissioner for the City of Fulton from 2007 - 2016. During his lifetime he was a swim coach, basketball coach, Insurance Adjuster, Aquatic Director, Police Officer, Special Deputy for the Sheriff's Dept. , Instructor, Teacher, and Commissioner.  He was a lifetime member of several organizations including Veteran's Foreign Wars Post 569 in Fulton NY, Merton R Kemp Jr Detachment #651 Marine Corps League, Military Order of Devil Dogs, FBI Marine Corps Association, Marine Corps Law Enforcement Foundation, Army Criminal Investigation Division Agents Association, Oswego County Sheriff's Benevolent Association, and International Association of Chiefs of Police to name a few.

He is survived by three children:  Kathleen (Timothy) Males of Camillus, Michael DeLine of Washington State and Susie DeLine of South Carolina: 6 grandchildren and 5 great grandchildren.

Services: Calling hours will be 10am to 12pm Saturday, December 19, at Tindall Funeral Home, 1921 W. Genesee St. Syracuse. A service with military honors will follow at 12pm Saturday at the funeral home.