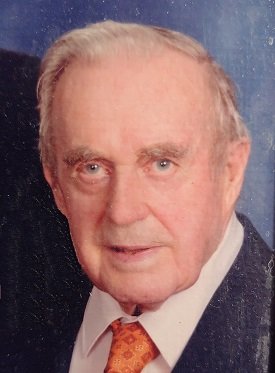 Please share a memory of James to include in a keepsake book for family and friends.
View Tribute Book

James Andrew Hall, 94, passed away at his Syracuse home on September 30th, 2020. He was the son of Harold and Ruth Hall. He joined the Navy at 17 years of age, and served aboard the famous ship PC 1119, later renamed Greencastle, as a hero ship, where he was the chief electrician. In his later years he participated in The Hero Flights program, flying to Washington DC and having an event given in his honor in Syracuse, upon his return. After the war, he attended classes at Syracuse University at the Rome campus. He ran his own electrical contracting business for many years. He could fix or repair anything. He then worked for Crucible Specialty Metals. Mr Hall was a volunteer fireman for the Taunton Fire Department. He was an avid card player, playing every game, and belonged to a poker club. He took public speaking and piano lessons, and was a skilled harmonica player. He loved to water ski, camp, hunt, and explore in his jeep. He spent 6 winters in Dallas Texas, enjoying the milder winters with his wife, daughter and grandson. He was an usher at Holy Family Church, and then at St. Ann's Church.

Services: A private Memorial Mass will be held for family. Burial in Onondaga County Veterans Cemetery.