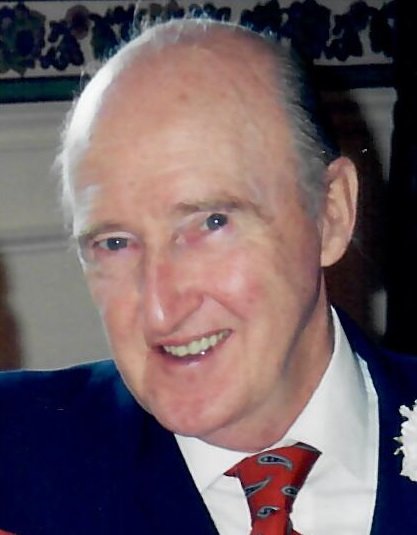 John R. Neary, 96, of Fairmount, died peacefully at home on Friday, September, 11. John was born on May 7, 1924 to Jane (Horey) and Thomas Neary in Solvay, NY. He was a graduate of Solvay High School and Niagara University. He served in the US Army Air Corps at Hancock, Otis, and Weaver air bases during World War II. His professional career began with Calvert Fire Insurance and then as an insurance adjuster for Allstate Insurance, retiring after 33 years. John was a 4th degree member of the Knights of Columbus, Ancient Order of Hibernians, Tom Dooley Choraliers, Holy Family Choir, Nocturnal Adoration Society and was a communicant of Holy Family Church for 60 years.

Services: 10am Tuesday, September 15, at Holy Family Church where a Mass of Christian Burial will be celebrated. The Rite of Committal and Burial will follow in St. James Cemetery, Cazenovia. Calling hours will be 4 to 7 pm Monday at Tindall Funeral Home, 1921 W Genesee St.

Contributions may be made to Hospice of CNY and ECHO Meals on Wheels.