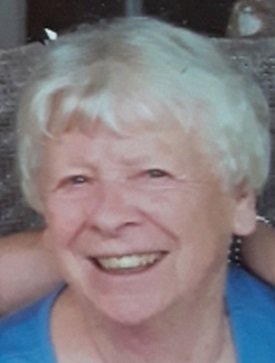 Please share a memory of Ursula to include in a keepsake book for family and friends.
View Tribute Book

UPDATE: A Graveside Service will be 1PM, September 19, at the Pine Grove Cemetery on Coye Rd. in LaFayette, NY

Ursula Braun (née Noack) passed away on August 3, 2020 in her home in LaFayette, NY, at the age of 91. She was born on March 2, 1929 to Annemarie and Ewald Noack in Wittenberg, Germany, the younger of two daughters. She grew up in the town of Elster on the Elbe River in Germany.  Ursula attended school in her home village until the age of fourteen, when she transferred to the Katharinenschule fuer Maedchen, Lutherstadt, Wittenberg. She received her diploma in July of 1947.

During the Soviet occupation of what had become East Germany following World War II, Ursula escaped first to West Berlin and from there to West Germany in 1951. Upon arriving at the airport in Frankfurt in April of that year, Ursula was met by Christian Braun, the younger brother of her sister’s late fiancé who had been killed in the war. Ursula and Christian had not met before, but immediately fell in love. They were married on Christmas Eve, December 24, 1952.

In late 1953, having made the difficult decision to leave post-war Germany and seek a life of new opportunity, Ursula and Christian emigrated to the United States. They first lived in Midland, MI, where their oldest child, Ingrid Paula, was born. In 1955 the family moved to Goshen, IN where they lived until 1962. During these years Ursula and Christian welcomed two more daughters into their family, Helga and Christina. In 1962 the family moved to New Orleans for two years while Christian attended graduate school at the University of Tulane. Following his graduation in 1964, the family settled in LaFayette, NY, where a fourth daughter, Maria, was born.

Ursula and Christian purchased their house in LaFayette after having rented it for a few years, and Ursula lived in that home for the remainder of her life.  She loved being a homemaker, and derived great joy from gathering her family around her even after her children were grown. Ursula put many hours and much creativity into making her home beautiful and unique, filling it with many crafts and mementos she collected over the years. She was an avid nature-lover, and was always enchanted by the creatures who shared her environs. Although she was deeply rooted in her home and her adoptive country, Ursula always retained her love for and attachment to her home country of Germany.

In addition to family ties, Ursula formed close and lasting friendships with neighbors as well as others she met along the way. The mail carrier, a fellow rehab patient, congregation members at her church, shoppers she struck up conversations with at the food store, friends of her daughters, and various good souls who started their relationships with her as service providers of one sort or another all became life-long friends. She had a warm smile and a gentle manner, and she nurtured and cherished all of those relationships.  Every phone call and every visit was a delight for her.

Ursula is survived by three of her daughters and sons-in-law, Helga and Wayne Lilley, Tina and Paul Tison, and Maria and Mark Crispell; by her son-in-law Craig Boyko; by her grandchildren Carina, Katie, Tori, Anna, and Nate; by her grandsons-in-law Joey and Shane; and by her great-grandchildren  Gianna, Alex, and Isabel. She was pre-deceased by her husband Christian in 1999, and by her daughter Ingrid Boyko earlier this year.

Ursula’s family asks that, in lieu of flowers, donations be made to the Leukemia and Lymphoma Society (WWW.LLS.ORG/ways-to-donate) in memory of her daughter.