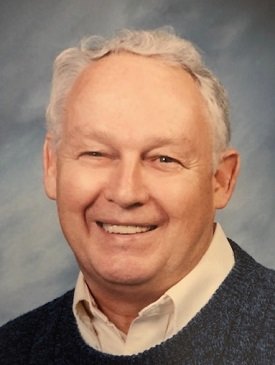 Please share a memory of Jon to include in a keepsake book for family and friends.
View Tribute Book

Jon J. Dussing, Sr. passed away from complications of heart disease on July 10, 2020 at Upstate Community General Hospital. Jon was born on March 1, 1938 to Charles and Mary Eloise (Young) Dussing and lived in Syracuse for the majority of his life.

Jon graduated from Syracuse University with a B.S. in Civil Engineering and was a Licensed Professional Engineer and Licensed Land Surveyor. Jon worked for the NYS Department of Transportation and the NYS Thruway Authority during his entire career. Jon also started and owned his own Land Surveying business, which he ran for 40 years.

Jon was married to his best friend, Margery (Kinder) Dussing, for over 60 years and raised 6 children, all of whom reside in the Syracuse area. Jon was a Captain in the United States Army, an avid boater, and a Boston Celtics & Syracuse University basketball fan.

Services: 10 am Wednesday, July 15, at Most Holy Rosary Church, 111 Roberts Ave, Syracuse, where a Mass Of Christian Burial will be celebrated. The Rite of Committal and Burial with military honors will follow in Assumption Cemetery.

Jon was a devout Roman Catholic and we ask you to keep him in your prayers! Jon considered himself a Patriot, and we will soldier on in his honor!