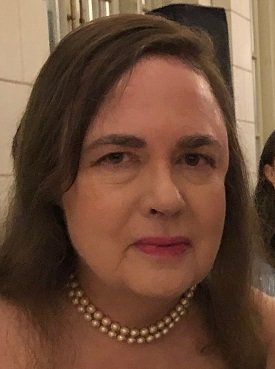 Please share a memory of Kathleen to include in a keepsake book for family and friends.
View Tribute Book

Kathleen E. Quigley, author of The Summer Cottage: Retreats of the 1000 Islands passed away in Syracuse, New York on July 7, 2020.

As a freelance writer, Kathleen travelled the world on assignment researching ranches in Kenya for Town & Country magazine and playing elephant polo at Tiger Tops, Nepal for The Wall Street Journal. For Architectural Digest, her stories covered a retreat and wildlife preserve in Nairobi, Kenya and another highlighted a recreated  Bedouin tent in a contemporary desert palace in Riyadh, Saudi Arabia. In the Caribbean, she researched plantation house inns for House Beautiful magazine and travelled to Perth, Australia to preview the America’s Cup race.

In the United States, Kathleen’s writing focused on architecture, gardens, the decorative arts and historic preservation.  For The New York Times she investigated and detailed a preservation controversy at The Mount, Edith Wharton’s home in Lenox, Massachusetts. Kathleen spent many winters in Palm Beach, Florida where she wrote about gardens and design for Southern Accents magazine. Other publications carrying her by line included Travel & Leisure, Flower, Mansion Global, Robb Report, and Preservation magazine.

Kathleen attended Newton College of the Sacred Heart and graduated from the S.I. Newhouse School of Public Communication at Syracuse University with a degree in magazine journalism.  After working in Washington, D.C. as an aide to U.S. Senator John Durkin (D-N.H.), she worked as a  seasonal reporter and feature writer for the Palm Beach Daily News.  In the summers she contributed to Palm Beach Life magazine.

In 1982-83, Kathleen was an adjunct professor of newswriting at the Newhouse School of Public Communications.  In 1984 she worked briefly as a lifestyle editor for the Syracuse Newspapers.

Kathleen was predeceased by her parents Thomas W. and Mary Katherine (Drescher) Quigley, and brothers Thomas W. Quigley, Jr. and John T. Quigley. She was interred with her family at St. Agnes Cemetery, Syracuse, New York.

Kathleen was an avid member and supporter of the Downtown Branch of the YMCA of Central New York, Syracuse, New York (ycny.org) should friends wish to make a contribution in her memory.