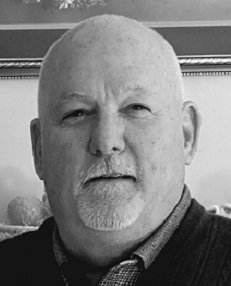 Please share a memory of David to include in a keepsake book for family and friends.
View Tribute Book
David S. Byrd, 61, passed away unexpectedly on June 10, 2020 at his home in Camillus, NY. Born in Memphis, TN, he graduated from University of Tennessee and earned his MBA from University of Wisconsin – Milwaukee. After college, his career in sales spanned 40 years. David was an avid swimmer and golfer whose buddies named him “Byrdman.” He was also a lifelong train enthusiast. Passionate about music, he played the guitar daily and enjoyed giving lessons to his nephew Austin. David often remarked that he was blessed by his lifelong friends who were always there for him—Wade and Christy Stinson, Chino and Camille Ross, Don and JoAnn Gault and Mark and Rhonda Rose. He was predeceased by his parents, Winfred and Mary Byrd, and sister, Susan Lee. He is survived by his loving and beloved wife, Jean; son, Brandon and two grandchildren; daughter, Katelyn and stepdaughter, Kelly. His family thanks his caring neighbors for their friendship and kindness. Jean will always remember David as a sweet man of faith. Contributions in his honor can be made to local food banks, as David never wanted anyone to go hungry.
Print
Online Memory & Photo Sharing Event
Online Event
About this Event