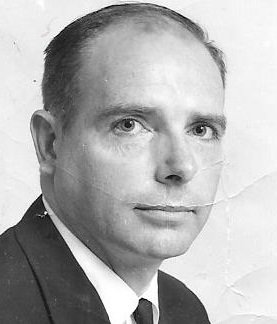 Obituary of Robert A. Warne

Please share a memory of Robert to include in a keepsake book for family and friends.
View Tribute Book
Robert “Bob” A. Warne, 88, of Syracuse, NY passed away on June 7, 2020 at The Centers at St. Camillus after a battle with lymphoma. Bob was born in Syracuse and graduated from Cathedral Academy in 1949, where he played Parochial League basketball. He attended St. Michael’s College of the University of Toronto. From 1952 to 1954, he served in the US Army, rising to the rank of Sergeant First Class. He saw combat on the front lines during the Korean War, and was awarded the Korean Service Medal with Bronze Service Star and Combat Infantry Badge. After the Army he attended Syracuse University, graduating in 1956. He began a career in advertising, working first for Richards “Of Course” Outdoor Advertising and then Spitz Advertising, and eventually starting his own agency, now known as Warne/McKenna. Inspired by John F. Kennedy in the early 1960s, he volunteered for the Onondaga County Democratic Party and worked as press secretary to Congressman Jim Hanley. He served on the boards of trustees of St. Camillus, Loretto, and Catholic Charities. After retirement, he was active with the Camillus Historical Society and was editor of their newsletter for many years. He was a communicant of St. Ann’s in Syracuse. An avid golfer for 60 years, he was a longtime member of Bellevue Country Club. Most of all he loved sitting on his patio having a cocktail with family and friends and then enjoying a delicious meal prepared by his wife. He was predeceased by his parents Arthur and Ann McDonald Warne and his sister Kay Taylor and her husband John. Survivors include his wife of 62 years Virginia Rosmarino Warne, his daughters Andrea (Tom) LaBarge and Carla Warne-Marino (Charles Marino), his son Michael (Betty) Warne, his sister Elizabeth Schubarg, his grandchildren Michael Joseph Warne, Holland Warne, Laura LaBarge, Tommy LaBarge, and Annie Marino, and several nieces and nephews. Services will be private due to the pandemic. In lieu of flowers, contributions may be made to The Centers at St. Camillus.
Print
Online Memory & Photo Sharing Event
Online Event
About this Event