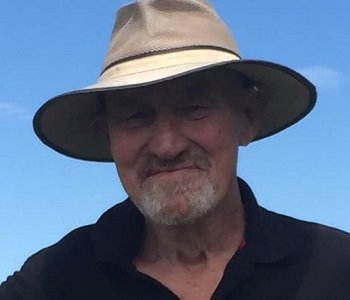 Please share a memory of Ronald to include in a keepsake book for family and friends.
View Tribute Book
Ronald J. "Ronnie" Daughton, 78 of Syracuse, NY passed away on June 2, 2020. Ronnie was born in Syracuse. He graduated from Blodgett Vocational High School and attended Onondaga Community College. Ron worked in skilled trades and as a foreman at New Process Gear, retiring after 39 years. He was an active friend of Bill W’s for 45 years and helped many people. He was predeceased by his parents, Edward and Alice Daughton, two brothers, Edward and Timothy and a son, Daniel Edward. He is survived by his wife Sally (Donovan) Daughton, two children, Alan (Luzbella) of Huntington Beach, California and Julie of Camillus, NY. He was also very proud to be the “adopted by the heart not by the law” father of Jacob (Lestra) Willis and Rebecca Frass, both of Syracuse. Ron is also survived by six grandchildren, Gary, Ronald, Shauna, Jesse, Alex and Randy. He has one adorable great granddaughter Jaylin. Ronnie was a devoted and loving father and grandfather and played an active role in all the children’s activities. He was known as P.PA to all of their friends. After 60 years together and 58 years of marriage, Sally will carry in her heart loving memories and keep on laughing at his funny stories with all his friends. Good Night Sweet Prince. Services and burial at Our Lady of Peace Cemetery were private for family. Contributions in lieu of flowers may be made in his name to Open House Inc. PO Box 325 Syracuse, NY 13209.
Print