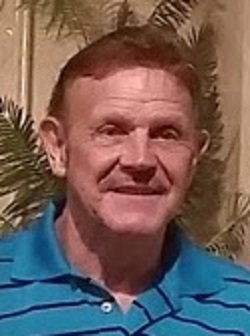 Please share a memory of Daniel to include in a keepsake book for family and friends.
View Tribute Book
Daniel M. Jones, 73, of Syracuse, passed away March 30, 2020 after a short illness. He was born in Syracuse on March 24, 1947 to William R. Jones Sr. and Sally (Malecki) Jones. Dan was a member of the 1965 and 1966 St. John the Evangelist teams that won consecutive City Boys Basketball championships. The 1966 game (a 57-52 overtime win over Corcoran) has been called by many the greatest high school basketball game ever played in Syracuse. The Evangelist team was inducted into the Hall of Fame in 2008. Dan was a graduate of St. Brigid’s Grade School, St. John the Evangelist High School, and Miami-Dade Junior College. He served in the Army National Guard from 1970-1976. He retired from Onondaga County after 45 years, as a supervisor of maintenance of downtown county buildings. He also owned and operated a Post-Standard distributorship. Dan was an avid fan of the New York Yankees, Syracuse University sports, and especially the Syracuse Crunch, where he was a faithful season ticket holder for 23 years. He also played second base for Mondo’s two-time Fast Pitch Softball City Championship team. Dan is survived by his companion of 27 years, Anna Vertefeuille, his son Alex Jones, daughter Amanda Jones and grandson Anthony Daniel Jones, all of Tulsa, OK. Also his brothers Rev. William R. Jones of Syracuse and Richard (Dawn) Jones, of Fayetteville along with three nieces. Private burial services were held on April 3. A celebration of life will take place at a later date. Donations may be made to Anthony Jones Scholarship fund c/o Kathleen Jones, 64 Old Mill Rd Brocton, NY 14716

A Memorial Tree was planted for Daniel
We are deeply sorry for your loss ~ the staff at Tindall Funeral Home, Inc.
Join in honoring their life - plant a memorial tree
Print
Online Memory & Photo Sharing Event
Online Event
About this Event