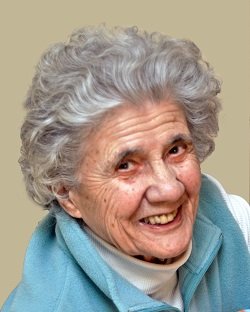 Please share a memory of Carolyn to include in a keepsake book for family and friends.
View Tribute Book
Carolyn M. Chini (born Carmella Bordonaro), 95, formerly of Camillus, passed away on March 9, 2020. Carolyn was one of six children born to Angelo and Angela Bordonaro, Italian immigrants who made their home on Syracuse’s west side. Carolyn graduated from Central High School and, during the late 1940s, worked her way through college and law school at Syracuse University. She was one of only three women to graduate from SU’s College of Law in 1951. Carolyn then worked for the State of New York for almost a decade, during which time she met and married Victor Chini, a fellow attorney. She and Victor were married for 52 years. They established their own law practice, Chini & Chini, and maintained their offices in the State Tower Building for over 25 years. Carolyn and Victor were residents of Camillus for most of their married life. There, they raised three children and had many friends. Carolyn was a devoted wife and mother, and a devout Catholic, who always placed the needs of others ahead of her own. She will be deeply missed. Carolyn was predeceased by her beloved husband, Victor; sisters Josephine, Theresa, and Lee (Maroney); and brother Samuel. Surviving are two daughters, Barbara Chini (Paul Janavicius) of Cincinnati, OH and Debra Sullivan (Charles) of Jamesville, NY; one son, Gregory Chini (Louise) of Portsmouth, NH; her twin brother, Charles Bordonaro of Swarthmore, PA; seven grandchildren (Joe, Julia, Mary, Jake, Carmella, Victoria, and Michael); and many nieces and nephews. Services: 10:30am Saturday, March 14 at Tindall Funeral Home and 11am at Holy Family Church, 127 Chapel Dr Syracuse, NY 13219, where a Mass of Christian Burial will be celebrated. The Rite of Committal and Burial will be in the spring at St. Vincent Of Paul Cemetery, Cape Vincent, NY. Calling hours will be 4-7pm Friday, March 13, at the funeral home 1921 W Genesee St. In lieu of flowers, contributions may be made to St. Vincent of Paul Church PO Box 288, 139 N Kanady St, Cape Vincent, NY 13618
Print
Friday
13
March