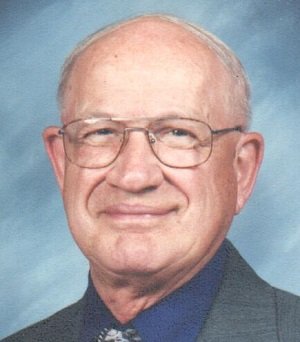 Obituary of Robert A. Kraushaar

Please share a memory of Robert to include in a keepsake book for family and friends.
View Tribute Book
Robert A. Kraushaar, 93, of Westvale was called home to eternal rest on January 1, 2020. Robert was a graduate of Liverpool Central Schools. Upon graduation he served honorably in the Army in both Okinawa and Korea during World War II. After leaving the Army, Robert attended Syracuse University where he received his masters in education. He went on to teach math and eventually retire in 1985 after over 30 years with the Syracuse City School District. Robert was an active communicant of St. Mark's Episcopal Church where he served as a Sunday School Teacher, Vestry Member, Treasurer and Choir Member. Robert's love of God, his church and church family was made evident through his many years of faithful service. He was an avid reader especially Biblical passages. He loved gardening, travelling, and puzzles. Robert loved being with his family and friends. Robert was predeceased by Mary (Matthews) Kraushaar his wife of 67 years; daughter, Barbara Kraushaar Covey and son, Robert G. Kraushaar. He is survived by his daughter, Phyllis (Michael) Honsinger of Syracuse and daughter in law, Cindy (West) Kraushaar of Syracuse. Robert has 8 granchildren, Dean, Eric, Brian, Collin Kraushaar, Jennifer and Jeffrey Honsinger, Amy and Kimberly Jordan. He is also Survived by 9 great grandchildren and 3 great great grandchildren. Services: Calling hours 2 to 5 pm Sunday January 5, at Tindall Funeral Home, 1921 W Genesee St. Mass will be 11 am Monday, January 6, at St. Mark's Episcopal Church. In lieu of flowers, contributions may be made to St. Mark's The Evangelist Episcopal Church, 1612 W Genesee St, Syracuse, NY 13204.
Print
Sunday
5
January