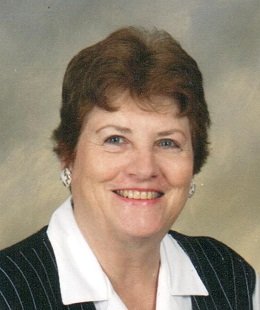 Please share a memory of Helen to include in a keepsake book for family and friends.
View Tribute Book

Helen L. (Kennedy) Bruzdzinski, 81, passed away in Syracuse, NY on October 11, 2019 at Loretto Nursing Home. Born August 17,1938 in Syracuse, NY She was the 4th daughter of the late Edwin and Marion Kennedy.

Mrs. Bruzdzinski attended Cathedral High School where she was a cheerleader and modeled at Addis Co. She graduated from Lemoyne College and St. Joseph’s School of Nursing and worked at St Joseph’s Hospital and St Camillus as a registered Nurse.

Mrs. Bruzdzinski was a communicant of Sacred Heart Basilica and St. Charles where she was a president of the Altar Rosary Society. She taught at Fairmount Nursery School and St. Cecilia’s Religious Education and was an advisor for cadets to the US Coast Guard Academy. She was also a member of the Solvay Booster Club and team nurse for the Solvay Hockey Team. Mrs. Bruzdzinski was a member of Geddes Republicans and voted in as a Councilor for the Town of Geddes for 8 years. She enjoyed golfing, camping, traveling and visiting her children and grandchildren with her beloved husband Donald.

Donations may be made to the Alzheimers Association, 441 W Kirkpatrick St, Syracuse, NY 13204.