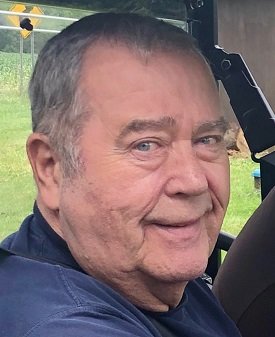 Obituary of Stephen A. White

Stephen A. "Whitey" White, 73, of Solvay, passed away on Thursday after a long illness with his family by his side. Steve was born in Syracuse to Cletus and Rose White. He attended St. Brigid's School, Porter School, and Vocational High School. Steve's passions were hunting, fishing, car racing, and his family. He was a 21 year active member of the Solvay Fire Department, and was a life member at the time of his death. Steve was past president of the Elbridge Rod and Gun Club, and a member of the Bath and Weedsport Rod and Gun Clubs, and the now defunct Solvay Rod and Gun Club. Steve retired from Chrysler (New Process Gear) in 2002, after 30 years of service. His very dry sense of humor will truly be missed.

Special thanks to the staff at Upstate Medical Center ICU 6H, Upstate Cancer Center, Nascentia Health, Camillus Dialysis, and all Dr's involved in his care.

Services: 10 am Tuesday at Tindall Funeral Home. Calling hours will be 4 to 7 pm Monday at the funeral home 1921 W Genesee St., Syracuse.