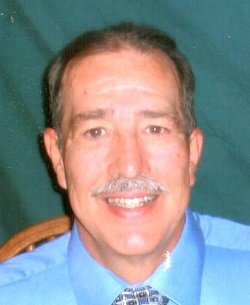 Carl L. Christopher, 68, of Camillus passed away Wednesday unexpectedly at home. Born in Syracuse he was a graduate of Corcoran High School and attended college in Miami. Carl played football for Corcoran and would later play semi professionally for the Binghamton Jets. He was an avid baseball player and golfed in the Crucible Golf League. Carl was head roller at Crucible Steel and retired after over 40 years. He enjoyed playing pool everyday with the guys at the Onondaga Senior Center.

Carl was predeceased by his, parents Carl and June (Lucas) Christopher, many aunts and uncles.

Services: 9:30am Tuesday at Tindall Funeral Home and 10am at St. Patrick and St. Brigid Church where a Mass of Christian Burial will be celebrated. Burial will follow in Assumption Cemetery. Calling hours, 4-7pm Monday at the funeral home, 1921 W. Genesee St.

In lieu of flowers, contributions may be made to a charity of choice.