Unique Memorials from Around the World

We honour the dead in a variety of ways; from scattering their ashes, to burying them in caskets, to building splendid memorials in order to celebrate their memory. Memorials, which are usually erected to honour a specific person’s influence or actions, or the collective actions of many individuals, as in the case of a war, vary in their beautiful design, and interesting backstories.

In this post, we’ll take a look at a few interesting and unique memorials from around the world: 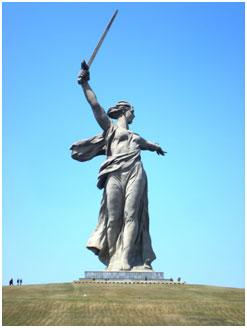 The Motherland Calls" is the name of the giant statue on the hill called Mamayev Kurgan, in the city of Volgograd, formerly Stalingrad, Russia. It was the tallest structure in the world when it was constructed in 1967. It measures 279 feet from the plinth to the tip of the sword, and commemorates the Battle of Stalingrad. The figure is Valentina Izotova, a native of the city of Stalingrad, who posed for the statue. " 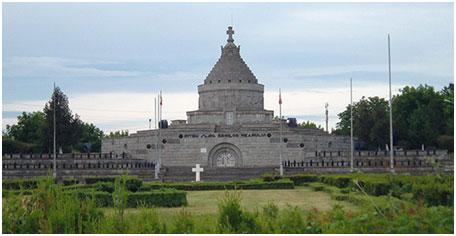 The Marasesti Heroes Mausoleum, located in Romania, was built to commemorate those who died during the Battle of Marasesti in the summer of 1917. This beautiful and impressive structure stands on the same grounds where over 24,000 Romanian troops lost their lives in order to successfully defeat the Germans during WWI. Over six thousand soldiers, many of them still unidentified, have been buried in crypts or tombs inside the mausoleum. Their bodies have been buried with artifacts such as guns, flags, arms, and items used during the battle. 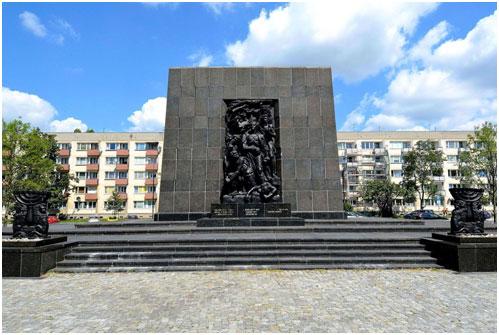 The Heroes of the Ghetto Square

This memorial was unveiled five years after the Jewish Ghetto Uprising in 1943, and commemorates the first urban mass rebellion against the Nazis, who wanted to deport the residents of the ghetto to Concentration Camps. The inhabitants of the ghetto lived in appalling circumstances, and many people fought to the death for their right to be free during the uprising.

On the front of the memorial there are young fighters running away from the burning ghetto, a young woman carrying a gun, and an injured man holding a homemade grenade. The back of the monument shows men, women and children being taken away to an extermination camp. 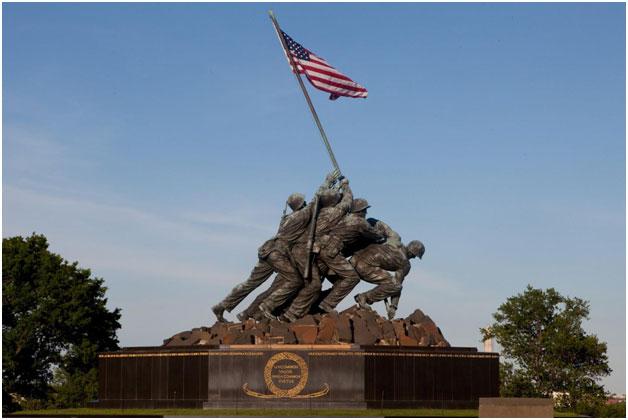 The Marine Corps War Memorial is located near Arlington National Cemetery in Rosslyn, Virginia. It is made of bronze and is based on a photo from the Battle of Iwo Jima, and is dedicated to the Marine Corps who died defending the United States from 1775 onward. The memorial monument features six marines sticking a US flag into the ground, and stands on a granite base where the following is written: “In honor and memory of the men of the United States Marine Corps who have given their lives to their country since 10 November 1775′′.

Please wait No comments have been left yet.
Please wait

Cremation is becoming an increasingly popular method of disposition over traditional burial in recent times. People from different faiths and religions are taking an interest in it. We at Tindall F...

Comfort Food Ideas For The Grieving

When someone is grieving, the last thing on their mind is food. In times of acute grief, it is very typical to skip meals or consume lesser quantities, affecting the mourning person's phy...

Managing Grief During The Holidays

Happy family, delectable food, and exquisitely wrapped presents make holidays cheerful and amazing, but not always. If you have recently lost a dear one, navigating this period may be quite di...

Life is full of lovely and inspiring things, but it is also full of loss. The loss of a loved one might elicit strong feelings of melancholy. At Tindall Funeral Home, we have seen that bereavement ...

How To Talk To Your Loved One's About Your Final Wishes

While virtually everybody agrees on the critical nature of revealing one's ultimate wishes, only approximately 1 in 5 individuals will ever communicate with their loved ones. After completing your ...

How To Keep Your Loved One’s Closer To Your Heart

If someone you care about has suddenly passed away, there are some methods to keep him or her close to your heart. Tindall Funeral Home believes that there are numerous ways to accomplish this...

Why Losing A Pet Can Be So Difficult

For thousands of years, people have had animal companions. Historically, pets played many roles; they served as defenders, herders, and hunting partners. Pets are now becoming an integral elem...

What Do I Do With The Ashes After Cremation?

In the case of cremation, the decedent’s family has to decide what they want to do with the ashes. Some people preplan their cremation and mention this aspect in the contract and the family can fol...

Meaningful Gift Ideas For Someone Who Has Recently Lost Someone

When a person is grieving, they require some support from people around them. Dealing with the death of someone in the family can be a challenging phase. At Tindall Funeral Home, we have seen that ...