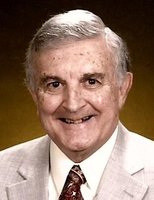 Patrick E. Cupelo, 87, of Camillus, passed away peacefully with his family at his side on December 24, 2020. Patrick grew up on Syracuse’s west side. He was a US Army Veteran and served during the Korean War. He spent his entire career in the grocery industry, primarily with Victory Markets and Flickinger’s Co.

Survivors: Patrick is survived by his wife, Carol Cupelo; his son and daughter-in-law, Mark and Lisa Cupelo; daughters and spouses, Cynthia and Gary McCrary and Melissa and Stephen Nims. He is also survived by his step daughter and her husband, Cynthia and Alan Perry; 8 grandchildren, Jason (Veronica) Cupelo, Lindsay Cupelo, Brittany (Michael) Hughes, Morgan (Johnathan Sabert) and Colin Nims and Paige, Jenna and Austin Perry.

Services: Private services will be held at this time with a celebration of Patrick’s life to follow. Burial will be in Woodlawn Cemetery.